This Ama koji can be used as seasoning, mild healthy sweetness.
Also, it can be used for marinade sause, pickles dressing, and sweets itself.
Unlimited ways of using in your cooking.

For example….
Marinade fish. This is one of my favorite way.
Bacteria in this Ama koji will make your fish softer and change protein into Umami !!!
Cheap salmon become like special grilled fish in fancy dining.
Enzyme which is gift from ferment process makes the fish richer in nutritious !!
Also, fish stinky small goes off !!
So many good things around it.

When you grill it, it can be burnt the fish easily, so please take care not to burn it.
Once you have this Ama koji marinaded grilled salmon, you cannot go back to normal salmon !!

If you have vegetable in your fridge, chop them up and marinade them over night.
It turns to wonderful pickles just like this↓

You can try various type of vegetables.
Again, koji enzyme works a lot.

Here, frozen Ama koji with fruits, it turns to natural sweet after your meal !!
All natural sweetness from fermented koji.
This is miracle. 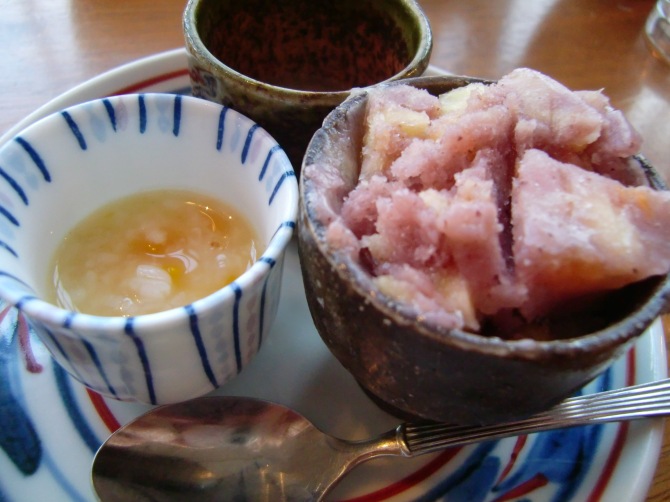 Also, Ama koji porride is good for your breakfast.
Try with seasonal fruits!!
This one is chopped up apple, walnuts and Ama koji.
Healthy yummy breakie!!

Here is how to make Ama Koji at home.
You can buy Ama Koji from super market (maybe from asian shops), I recommend you to make by your own.
Details will be explained later, but you get all benefit if you make it by your own.
Not many koji benefits from packaged Ama koji compared to home made one.

First, you need Rice Koji.
(You can get it from Japanese super market. If you are in Melbourne, you can ge it from Fuji mart in South yarra )

Also, you need thin rice porridge.
Like this thickness. 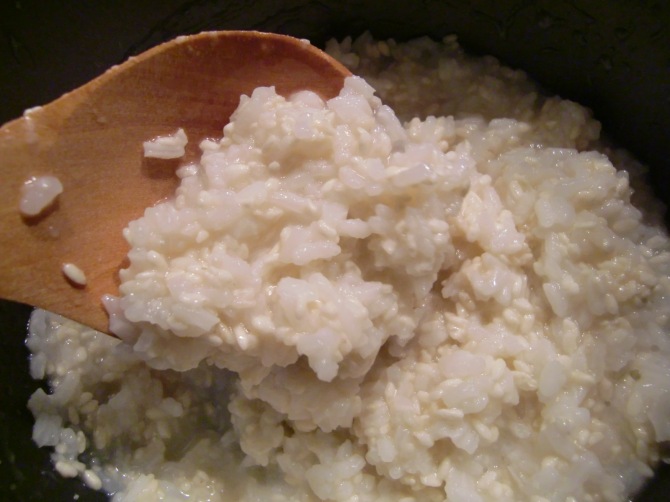 *Make sure rice porridge is cool down, less than 50 to 60 degree.

Use “warm” function to keep the temperature around 50 – 60 degree.
Depend on the rice cooker you have, but it is better not to put lid perfectly.
Need some space to avoid having high temperature.
(I put cloth for not coming dust into the ama koji) 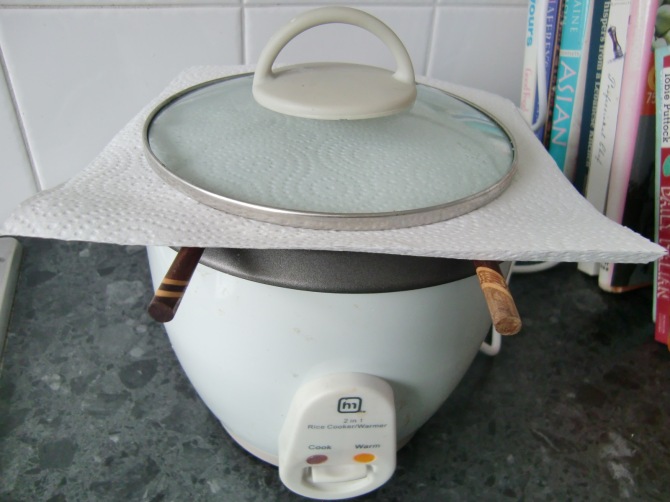 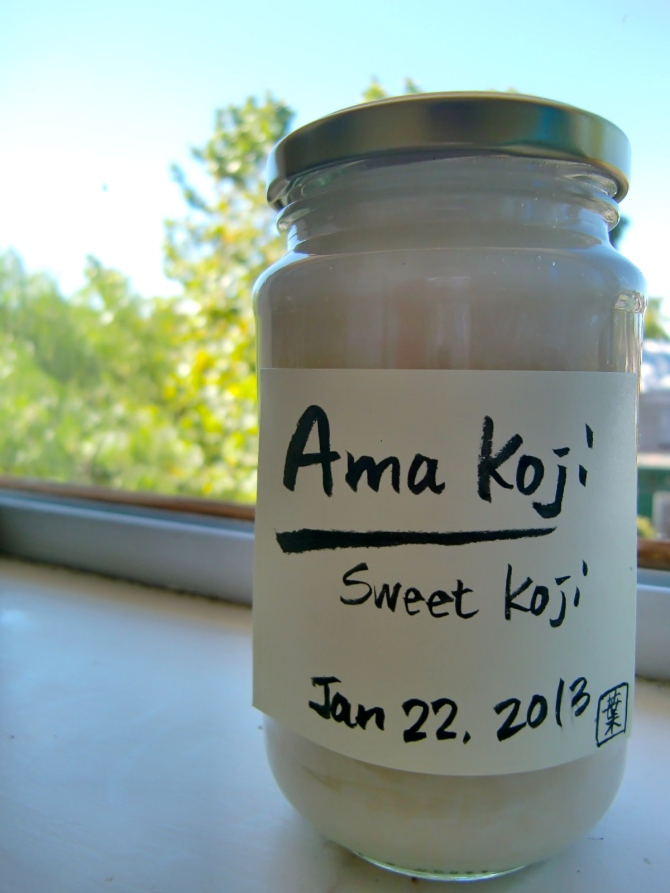 Please store in the fridge. It keeps fermenting and taste change, too.
I normally consume within 1 week. 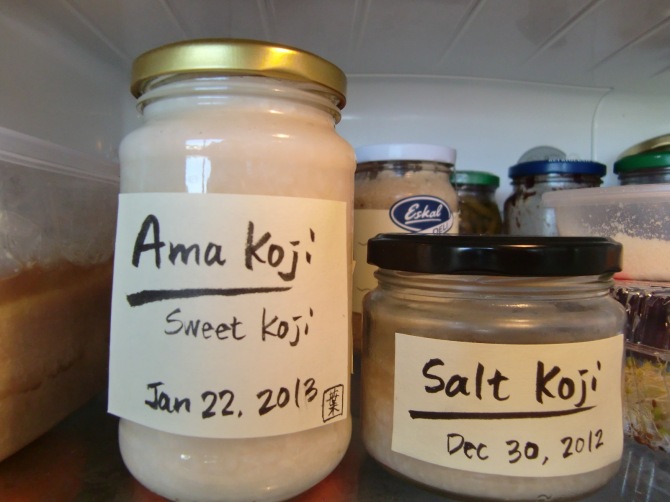 Everyday food, everyday cooking. It is a simple. Easy and healthy. Most of Japanese seasonings are fermented by Koji. This Japanese traditional Koji works really good for food and you. By using these Japanese miracle seasonings, you can enjoy real Japanese home taste cooking! You can also make this miracle Japanese seasoning by yourself!